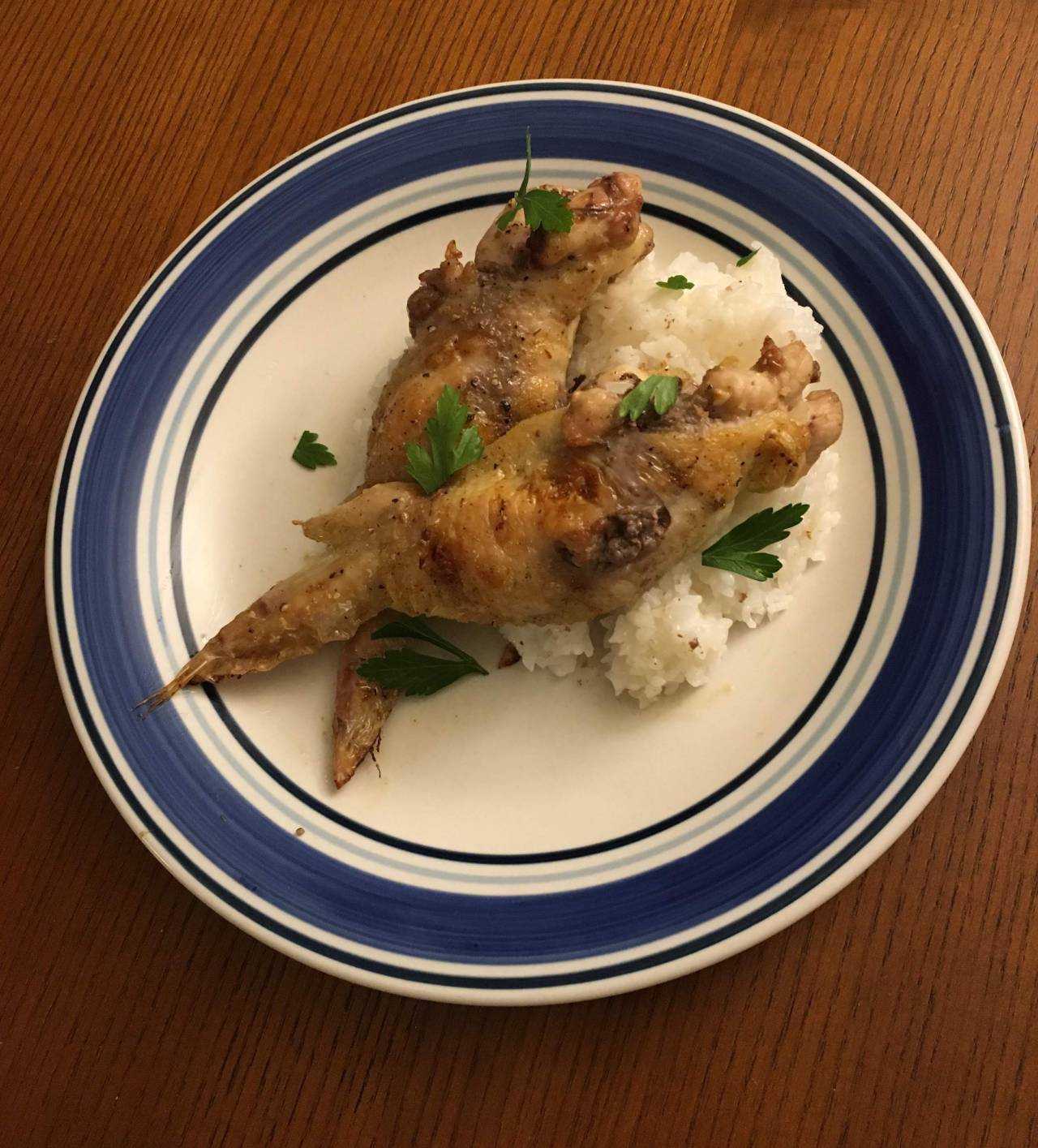 Found it to have too much filling – each bite was basically just pork, outside could be crunchier, stuffing didn’t have enough flavor. Whenever a bite had lemongrass in it, it tasted much better. Garlic salt on the outside gave it a nice contrast.

Deboning now averaged 6-7 minutes! Stuffed less filling into each wing. Added Thai chili to the stuffing to give it more kick. Broiled a bit after 17 min baking.

Outside was a bit crispier but still not what I expected. Thai chili complemented flavors well, but it was more of an after taste than initial hit as we hoped. Stuffing was still pretty dry and not enough flavor.

Turned out much juicier on the inside, crispier on the outside, and more flavorful overall!

Learned how to debone chicken wings. Learned what lemongrass and lime leaf taste like / how to work with them – as their name implies, they’re both very citrusy! Adds a nice refreshing yet herbaceous taste to it.

Consistent with previous learnings involving meat, pan searing gives a better browning / ends up with juicier meat. Ended with a pretty solid first try at this!

What could go better?

Our last attempt was much better than our first, but it’s still not quite what I hoped for though. I suspect deep frying would be even better for maintaining juices while giving it the crunchy coat I wanted. And I want to try other types of fillings.

Perhaps something more similar to dumpling stuffing? Or other types of meat? Ground beef could be eaten at a lower temperature, so maybe it’d work better for deep frying. In general, need something with more upfront flavor.