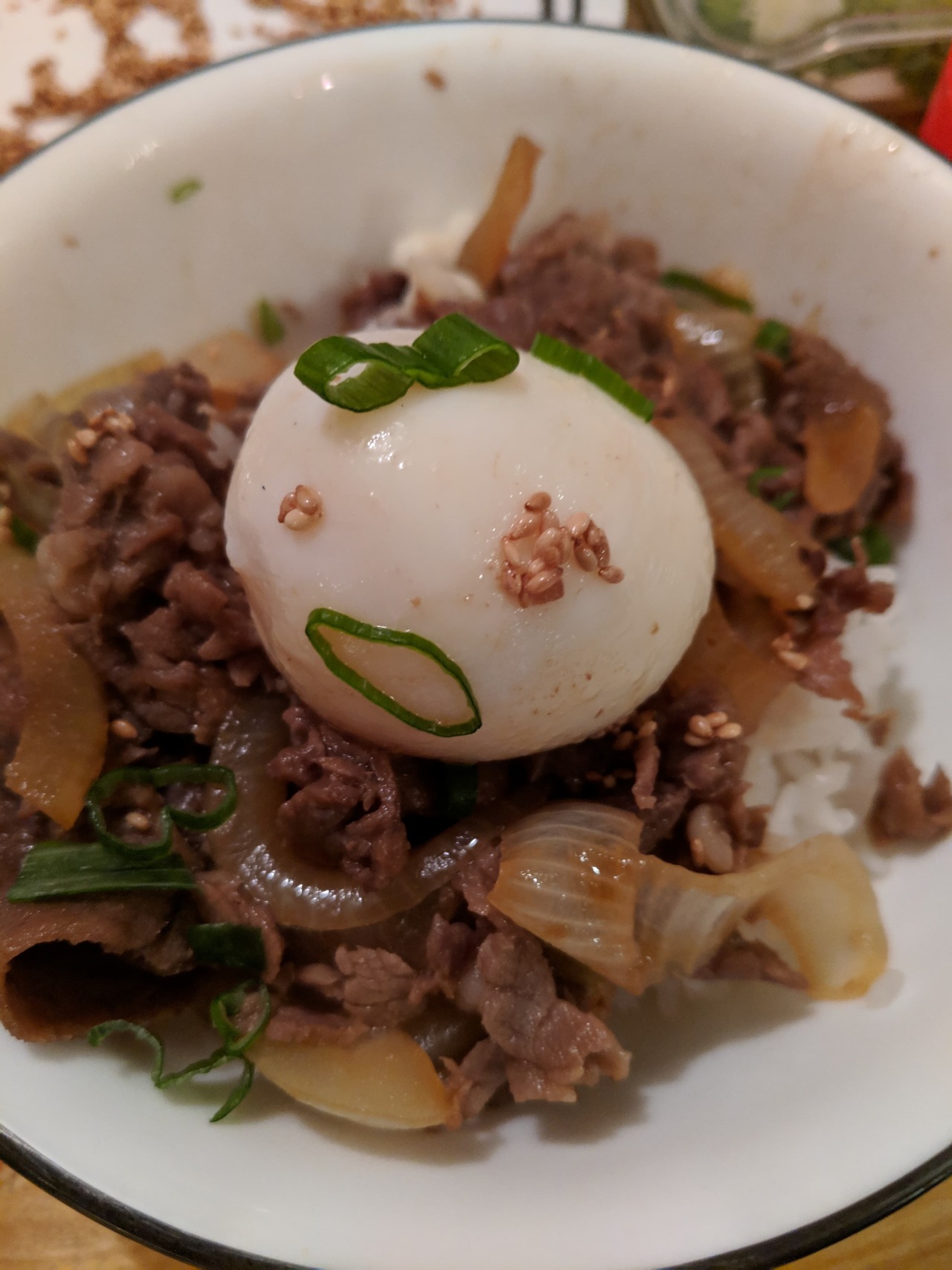 First test tried eggs two ways – sous vide vs pot boiled. Sous vide we did at 167, supposed to take off after 15 min or so. Both sous vide and pot boiled we forgot about them and left them on too long, turned out overcooked in both cases

Second test redid eggs with both methods, both turned out much better. Sous vide on 145 for 45 min is foolproof method, timed boiling correctly this time and that also turned out similarly good – bring water to boil, take off heat, add 1/5 cold water, put in eggs, sit for 13 min.

Sauce was from serious eats the second time, didn’t have mirin and had dashi, and we mixed in the sugar + ginger into the sauce this time.

Cutting the meat by hand is hard to get to thinness desired.

Ribeye was significantly better than eye round. There wasn’t any fat in the eye round, while the ribeye had decent marbling. Makes a huge difference it turns out!

Sukiyaki is a bit thicker and it wasn’t as good as the shabu. Wagyu was actually similar goodness as shabu prime ribeye, and it was more so the thinner parts of it tasted better! so past a certain caliber of meat, it’s more the thickness that makes a difference and less the actual meat

Both times sauces were decent, doesn’t seem to hugely affect it

Technique for egg doesn’t really matter as long as it’s done correctly to get the right consistency. Egg makes it taste much better when done right.

How can we cut the meat to the right thinness if doing by hand?